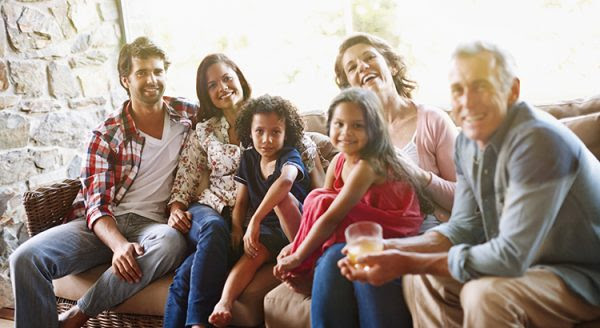 Multigenerational homes are coming back in a big way! In the 1950s, about 21%, or 32.2 million Americans shared a roof with their grown children or parents. According to a recent Pew Research Center report, the number of multigenerational homes dropped to as low as 12% in 1980 but has shot back up to 19%, roughly 60.6 million people, as recently as 2014.

According to the National Association of Realtors’ (NAR) 2016 Profile of Home Buyers and Sellers, 11% of home buyers purchased multigenerational homes last year. The top 3 reasons for purchasing this type of home were:

Donna Butts, Executive Director of Generations United, points out that,

For a long time, nuclear families, (a couple and their dependent children), became the accepted norm, but John Graham, co-author of “Together Again: A Creative Guide to Successful Multigenerational Living,”says, “We’re getting back to the way human beings have always lived in – extended families.”

This shift can be attributed to several social changes over the decades. Growing racial and ethnic diversity in the U.S. population helps explain some of the rise in multigenerational living. The Asian and Hispanic populations are more likely to live in multigenerational family households and these two groups are growing rapidly.

Additionally, women are a bit more likely to live in multigenerational conditions than are their male counterparts (20% vs. 18%, respectively). Last but not least, basic economics.

Carmen Multhauf, co-author of the book “Generational Housing: Myth or Mastery for Real Estate,” brings to light the fact that rents and home prices have been skyrocketing in recent years. She says that, “The younger generations have not been able to save,” and often struggle to get good-paying jobs.